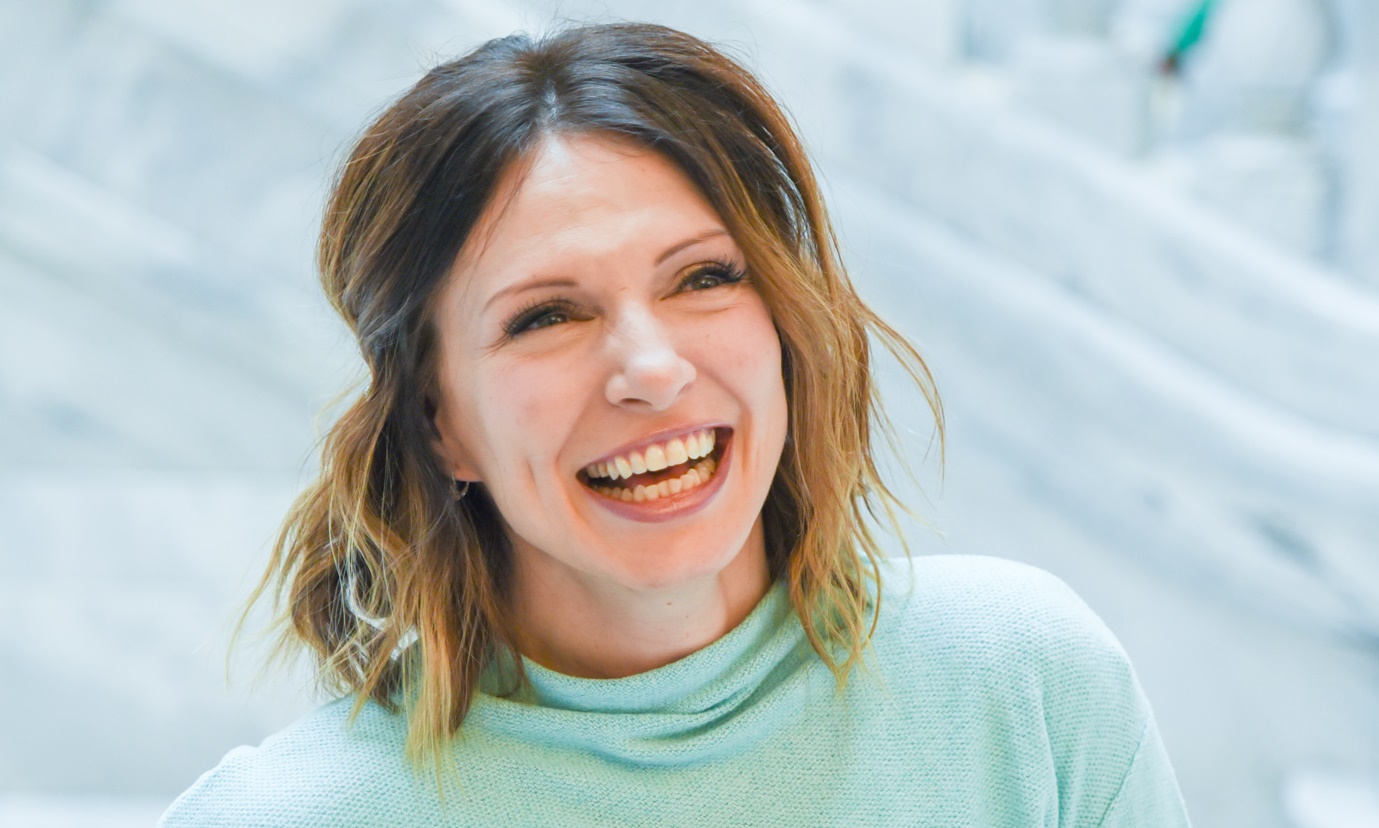 On March 6, 2004, Meg Johnson was doing what most people do when they go to Zion’s National Park—hiking.

Jumping from boulder to boulder, she was making her way across a trail in a box turtle preserve. On her last jump, Meg thought she was going to land on a boulder right in front of her—then she began to fall 40 feet.

“I knew what I had done like right as I did it,” she says. “I knew I jumped off a cliff, but I was just so shocked because I swore there was a boulder right there, but it was a mountain top far away. It was my first time in this area; I wasn’t familiar with it. So it felt like I was suspended in the air for a really long time as I was thinking the implication of this.”

She says she reached for the rocks she had been standing on but doesn’t remember if she ended up grasping any of them.

The next thing she knew, her face was in the red sand.

“I was looking around and I was like, ‘Am I dead? Is this heaven? Is this what heaven looks like?’” she says.

She had landed on her hands and knees, causing both arms and legs to break upon impact along with her collar bone and four bones in her neck.

Meg saw her arm sprawled out in front of her and managed to make a fist. It was the last time she would do so.

Convinced she was alive, Meg blacked out. She was immediately transported to a nearby hospital.

While she was recovering in shock trauma, Meg heard for the first time from doctors that she was a C-7 quadriplegic, paralyzed from the chest down.

“They told me I was paralyzed and I was like, ‘I don’t believe in being paralyzed,'” she says. “And then I kind of just thought I would get better and I just didn’t.”

At first, Meg could not feed herself, sit up by herself, or even breathe on her own. Everything she thought she knew about herself was suddenly changed.

During this time, Meg realized she had a choice: turn to God or turn away from Him.

Meg chose to turn to God. She prayed constantly. When things got especially difficult to bear, she prayed for love.

And though she couldn’t breathe on her own yet, she smiled at people she met from behind her respirator.

But this was just the beginning of Meg’s challenges.

“It was like a slap in the face to try to teach a 22-year-old how to put a shirt on, and I didn’t want to learn how to do it anymore,” she says of her early days as a quadriplegic.

After three months in the hospital, Meg had recovered enough to begin attending physical rehabilitation therapy.

It wasn’t easy. Meg had to relearn how to dress, eat, and even put on makeup without the use of her hands.

But there were always experiences to help her choose to overcome obstacles—or at least bossy nurses.

“I skipped therapy once,” she says. “I just didn’t go to therapy and stayed in my bed and was sulking and had this big, brazen nurse come in and she threw the covers—she grabbed the covers that were on me and threw them onto the floor and pointed her finger in my face and said, ‘Therapy is not an option. This is not an option.’ And she like threw me in my wheelchair and made me go to therapy— that was kind of eye-opening.”

That helped Meg realize she had always had the choice to be happy or miserable. However, “When it comes right down to it, you don’t really have a choice,” she says. “You have to choose to be happy sometimes or you’re just miserable.”

Meg also found new challenges when she came home from the hospital. People, like her future husband, Whit Johnson, visited her in the hospital. But once she was home, things were different, harder.

One day, while she was looking in the mirror at herself, she couldn’t stop from wondering what her future was going to be like.

“And I was thinking about not being able to teach my kids how to dance like I always thought that I would,” she says. “And then I started crying even harder because I was like, ‘What if I don’t have kids? What if I can’t?’ And then I started to cry even harder because I thought maybe the reason I’ll never have kids is because I’ll never find a husband who would want to marry me.

“And I was crying about all these things,and it was getting worse and worse, and then I prayed and I said, ‘Heavenly Father, why have you done this to me? Why have you taken so much from me?’ And I probably didn’t deserve it, but Heavenly Father answered me through His spirit and chastised me and was like, ‘Don’t covet.’ Then He said, ‘I have given you more.’”

Finding how she had been given more has taken her years, Meg says. But she decided from that day on that when life gets too hard to stand, “keep on rolling.”

“I chose to accept my body, my little wheelchair, and do what it took to make this work and be the best wheelchair-girl I knew how to be,” she says.

A few months after Meg left the hospital, she began reaching out to others.

She began volunteering at a local school to help children learn how to read.

She was also asked to speak for the first time about her experiences at a nurses’ conference. When the audience started clapping in the middle of her speech, she thought that was her cue to finish and left the stage.

A little more than a year after Meg was paralyzed, she decided she was going to compete in her first beauty pageant with Ms. Wheelchair America and called to find out what she needed to do to compete.

“And I hear on the other end of the line, ‘Oh, you’re from Utah. Well Utah doesn’t have a state pageant, and you have to be a state winner to come, so you can’t come.'”

Rather than being discouraged at this news, Meg got online, bought herself a crown from eBay, and called them back.

Meg ended up winning the Spirit Award at the 2005 national competition, and as soon as she returned, she founded the Ms. Wheelchair Utah pageant with Whit Johnson so others from her home state could compete.

Meg’s relationship with the man who was her boyfriend at the time of her accident ended, but she began to date her past boyfriend, Whit.

Before Meg had broken up with her old boyfriend, she said Whit was there to support her.

Whit was there in the hospital making balloon animals. He was there when Meg graduated Weber State University. He was there the first time she drove a car after her fall.

When accidents happen, like when Meg dropped the chicken pot pie they were going to have for dinner, she says Whit cheers her us, like when he just smiled and said, “Looks like peanut butter, huh?”

Meg’s family grew by plus one when she had her daughter, Zula Mae, in 2013. As a 3-year-old, Zula Mae is pretty and she knows it, Meg says.

Though Meg’s trial will not go away in her lifetime unless great strides are taken to cure spinal cord injuries, she says she has “tricks” to help her endure her trial well by looking for things to be grateful for, by serving others, and by seeking out love.

Read the original story at https://www.ldsliving.com/After-Becoming-Quadriplegic-One-Woman-s-Touching-Journey-to-Motherhood-Success/s/82583/